In 2012, Because of the stupendous victory of the Barack Obama’s, the year of 2012 was surprised moment in US politics. There were several reasons worked behind this victory. One of the biggest reasons behind that was analysis of big data for Political campaign to win the election. US presidential campaigns includes big data analysis to gather information on demographics of maps, understand the issues most relevant to the voters, micro-target certain voter segments and crafting a message to appeal the broad electoral. What Barack Obama and Nate Silver used strategies to win the election on 2012, Narendra Modi did in 2014. With the help of data scientist and number crunchers Prashant Kishor, Narendra Modi bought a professional tough to political campaign. Here are case studies of Barack Obama, Felipe Harboe and Donald Trump which contains how data analytics strategy helped to understand voter concerns and issues bases on real time and taking appropriate decision and action.

This American politician, whose purpose was to innovate in the art of managing Big Data, enhanced this strategy.

Before this, the Democratic campaign invested 100 million dollars in computer platforms and software, to have "data on everything" and "to measure everything". 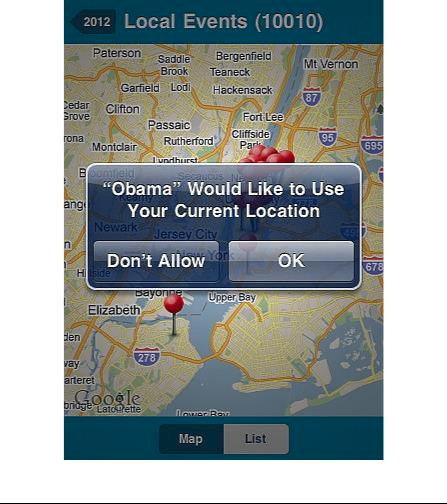 The mobile application, which was released publicly at the start of the campaign, was based on a free download for use on Apple's iPhone to use information that was already public and had data on registered voters, such as their first name, initial of their surname, age, gender and address.

In addition to being able to immediately locate, register and borrow money from nearby Democrats and send information back to a database. The "Obama for America" application is a portal of everything about Obama. It allowed users to easily view, advertise on social networks with their campaign ads, and find nearby political meetings.

On the other hand, the application helped hundreds of volunteers and campaigners to manage their part of work easily and on field using map canvas tool. 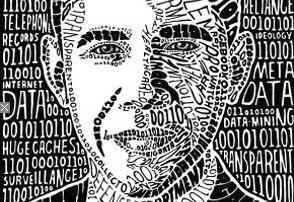 However, such tools need to be handled well and seriously, as it worries that such information will be available to people who might have bad intentions and that fear could deter people from donating money by citing one example.

In 2013, this Chilean politician appeared as a candidate in a region where 80 percent of the inhabitants said they did not like the "outside" candidates. However, in managing all the data in a timely manner, the former deputy for Santiago knew in which cities there were more voters, where their rivals had won in the previous election and where not, and had identified the neighbourhoods where there was greater electoral participation and, of them, how many were related to their sector. 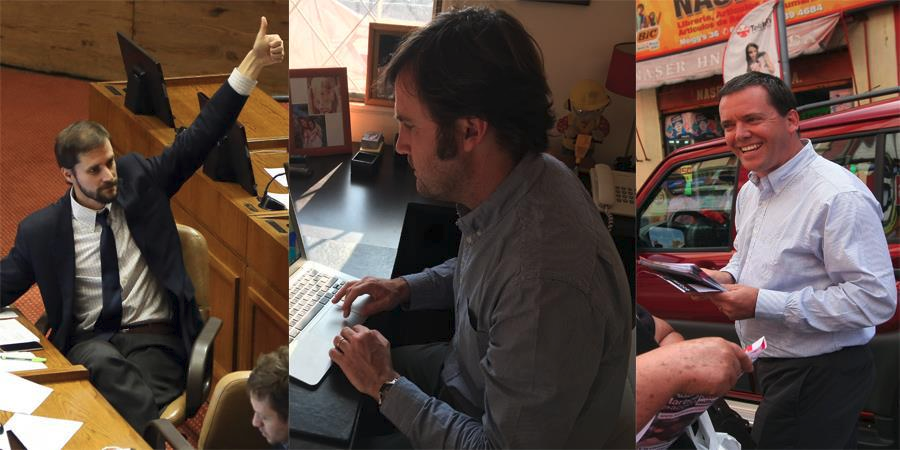 According to the research, Senator Harboe in addition to the territorial strategy, used digital tracking, another minor facet of the big data but very installed. With information from social networks and media, he recorded the topics that interested the people of the region.

Thus, he realized that there was great discontent over the high beads of light. Then, he introduced a bill that imposes discounts on the account for the inhabitants of the communes where there is an electricity generating company, which worked perfectly and all thanks to being able to go where people are.

These two examples demonstrate that the use of communication and information technologies are of great help to politicians 2.0, so their use is already one of the demands of the present and at the same time, one of the most powerful tools for planning an election and even a management of government.

Knowing where people are and going there is one of the most forceful actions a politician should take.

According to Quatre Group, Donald Trump used digital mapping with a very specific intention, he wanted to know everything he could about the electorate. This action, according to the specialists, led him to have relevant information about the needs and tastes of the voters, in order to locate all those sectors forgotten by American society and give them a voice and means to express themselves. 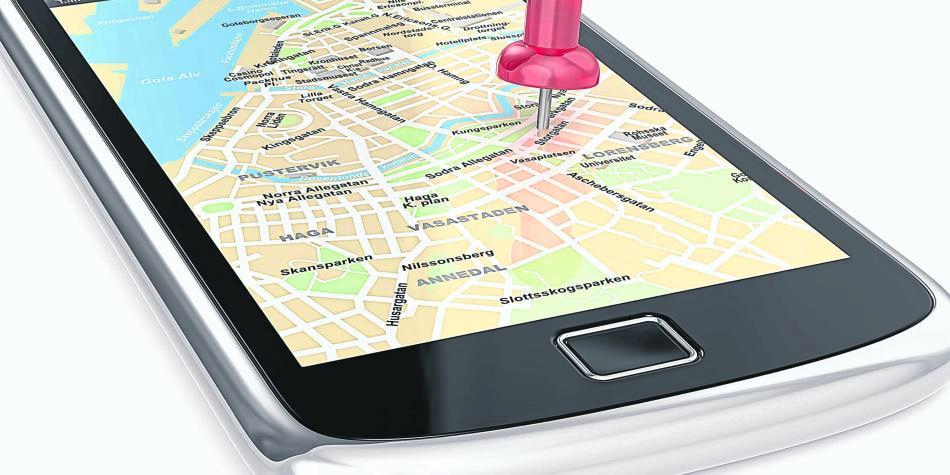 However, what the US magnate really wanted was to segment all of his constituents. Like any digital marketing campaign, knowing your target is critical. Not only do you have to control in the market you are in but also get into the mind of your target audience. 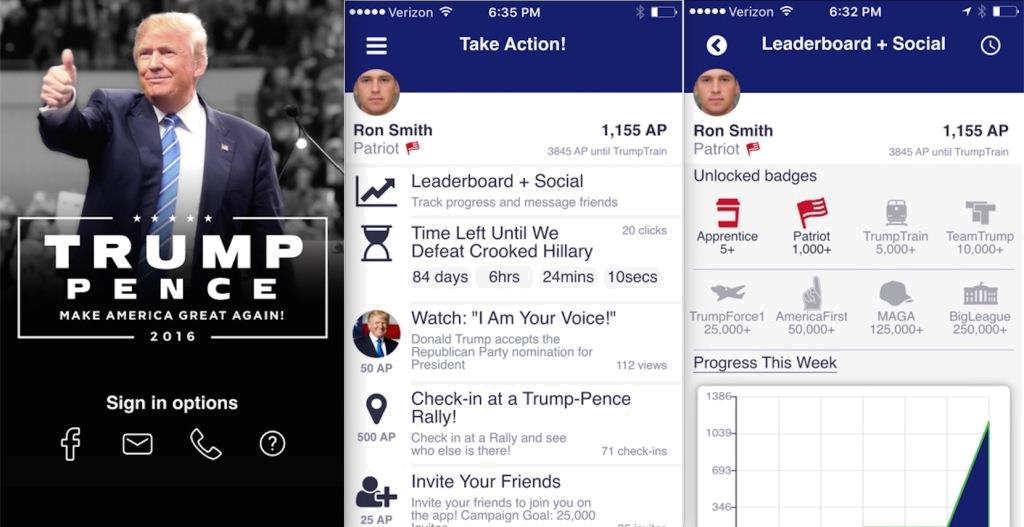 In Trump’s case, many of the voters were within a group called "silent majority." The polls did not reflect what was to come. The world thought Hillary would be the winner, but the voter's profile has changed. Currently, there are countless channels and communication platforms where you can soak up information. In addition, in fact, in such hostile environment opinions are not spread to the four winds. These are profiles of people, who avoid facing each other directly. However, these people participate in the changes that may affect them. A clear example of this is the Brexit. 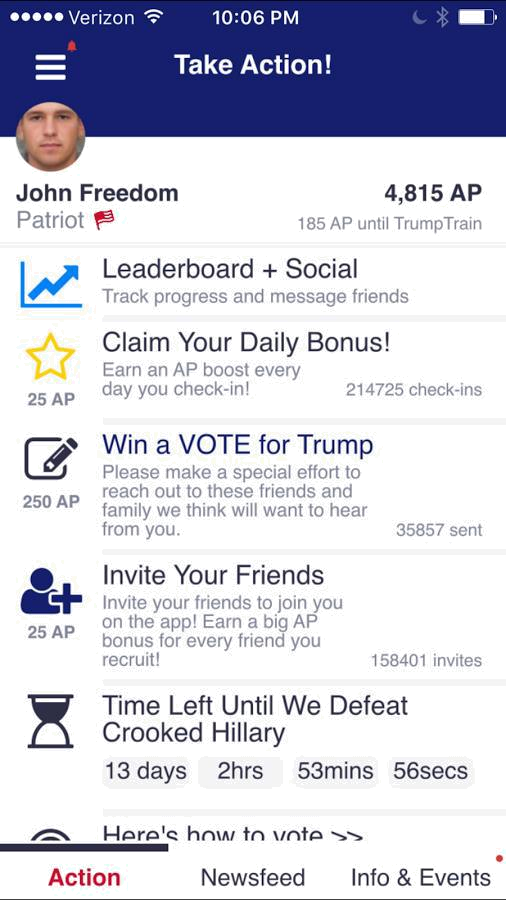 One of the aspects that are to be studied is the value that has had the algorithm of Facebook in the victory of Trump. If you only show what users like, it creates a kind of silos in which the anti-Trump are convinced that they will win. Nevertheless, Facebook also brought together and empowered the people who favored the Republican candidate, but his app America First is an example of this electorate segmentation that we talked before.

However, in turn, some consider that the nature of this action may be poorly seen, since when installing the application America First you have to accept that you are granted the right to access the list of contacts of the user. Therefore, that manages to store data of different individuals that could, in turn, serve to design the profiles more apt to vote for the candidate.

However, data protection experts said they were concerned about not knowing the scale of this information, however, the methodology of the campaign Trump is legal. They further warn that users may without the intention of transmitting information about themselves and their contacts. 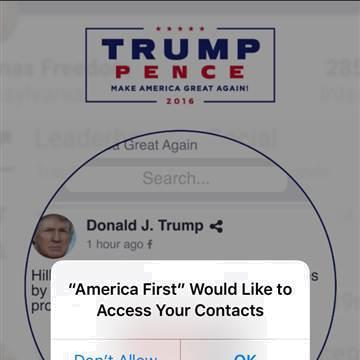 However, the important thing about this strategy is that you can know how best to position the entire electorate and go where they are, connect with each one of them and make them part of your political campaign. In that sense, you must go where the electorate is and not the other way around.

Contact us if you want to see yourself distinguish in the coming election by working with us in which you will be the eyewitness of our efforts and propaganda. With 100+ satisfied clients, Social Benchers is a nation builder certified political website builder has scripted many political success stories during elections.

10 Secret digital strategies to become a Politician 2.0get your E-book
Do you like this post?
Tweet
Grab your exclusive
free copy
of the limited edition powerbook