Social Media: An interactive and winning tool to reach out voters

Social Media: An interactive and winning tool to reach out voters 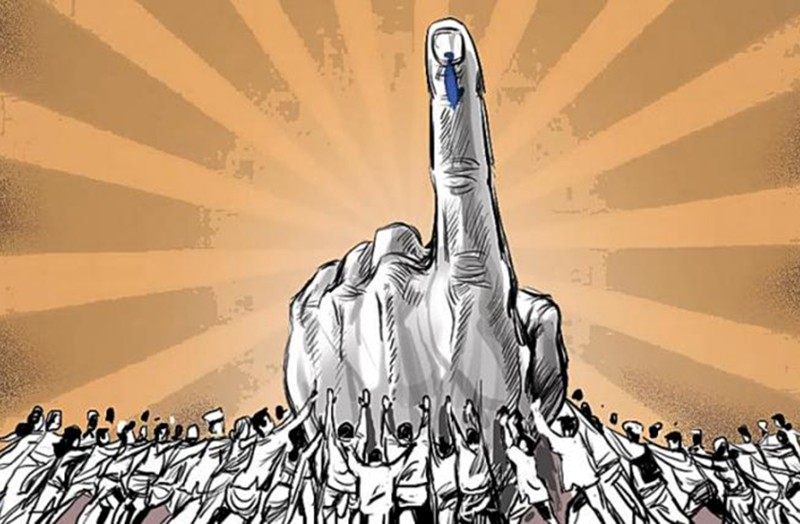 As the world rapidly transitioning towards a digitally dominant scenario, utilization of political marketing tools such as social media marketing, political websites with blogs, PPC and other marketing tools are rising for the effectiveness of political campaign. In political campaign, there are two primary and significant aspects that aim to collaborate and maintain simultaneously which is constituents focus and environment focus. Through marketing tools these both factors are systematically blended and organized after evaluate the needs of the electorate. This is the materialization of political actions to involve the electorate in each of the phases of the electoral process, is the tangible way of having a team of people working with you as a candidate and at the same time, have an additional platform to have your message Politician everywhere without you having to go yourself.

On the other hand, these types of strategies obey a new approach of political action and have to do with an approach of action called "Open Source", which consists in the creation of databases and later to be used as tools of development of political campaigns.

In that sense, the strategy was to connect with the electorate and have all the available information about it (personal data, social class, political ideas, main problems of their environment and their change goals), then manage all the Variables for the design of the speech.

At the same time, this strategy seeks to generate the promotion and defense of the vote (which is always in your favor), which has been a very powerful tool to connect with real voters and potential voters. 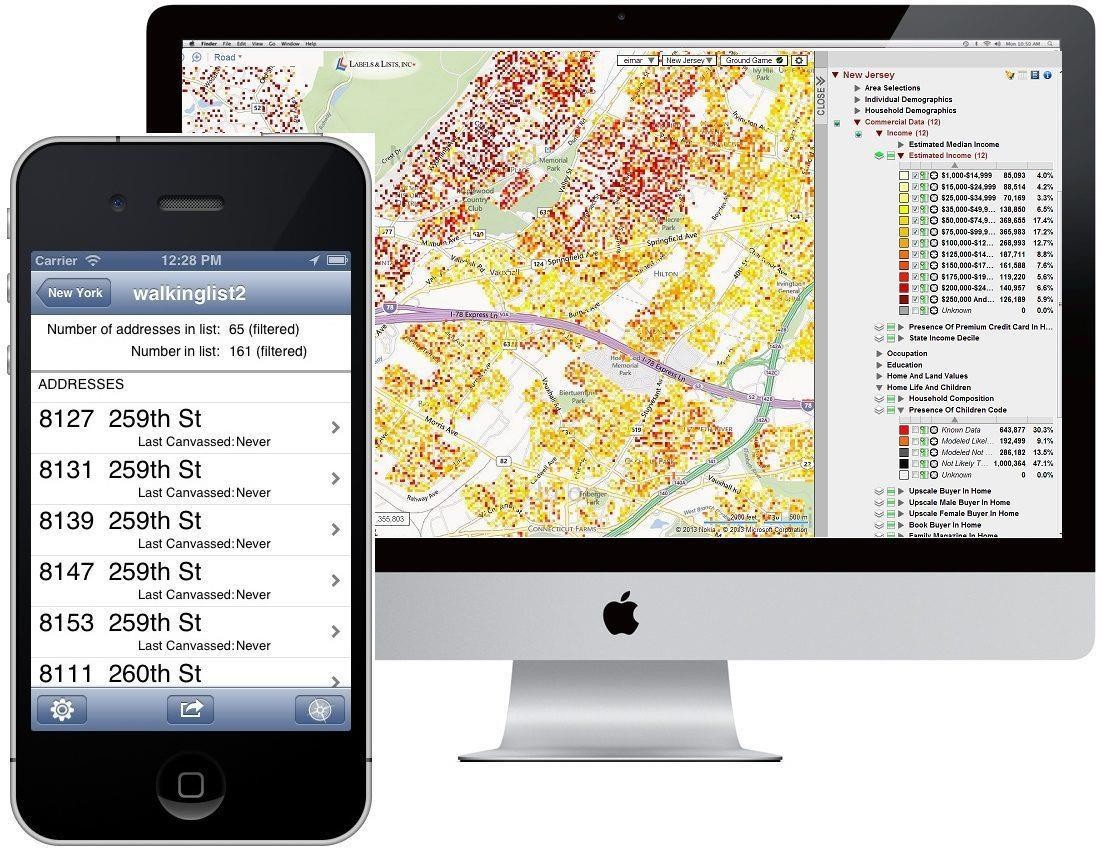 To this end, various tools are available to empower your people and give them the opportunity to be your ambassadors, your spokespeople and your direct contacts with all the electorate. According to several studies consulted, there are subjective elements that can help the person to make a final electoral decision and has to do more with everything, with the perception of the organization, planning and coherent ambition of the campaign command.

However, this team must have the necessary tools to empower and be an active part of the strategy, which is explained below:

Remember that in order to use these tools properly, each of the aspects mentioned in each strategy must have been covered, i.e. you must have created all the recommended actions (message, plan, communication symbols, segmentation, big data) to be able to have a high level of efficiency in the execution of each one of the tools.

However, to empower your people, you must have each of these tools and empower people through the direct possibility of interacting in your favor during the development of the political campaign.

In order to use social media as an effective weapon to win elections, a politician should make their presence on it by making accounts of themselves and as well as their family members. It is seen that the politician’s family member presence is also important for raising voices and influencing the people. The Social Media is free of cost so there should be no problem in creating accounts and pages on all social media

This is one of the main channels of communication with the electorate since it allows not only creating a profile of the candidate as a politician and as a person but also allows forums, opinion polls, Fan pages, comments on any Theme to interact the adepts and non-adherents to your political message. In the same way, is the one that has more scope for the daily consultation on the part of the audience nowadays. 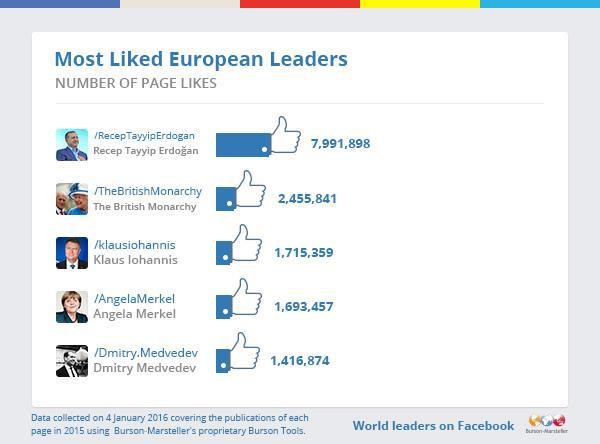 This is the social network most used by politicians when they want to say something brief and generate traffic on the network. Likewise, it is important to remember that everything you say on the networks will be registered for life, even if you erase it, someone will always be careful to keep your comments. 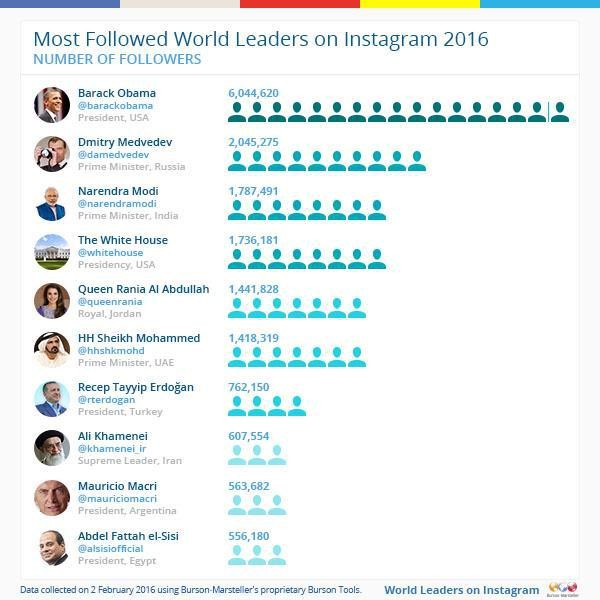 This network has a wide reach in terms of interaction with different personalities worldwide; as it has a more traditional use by users and can help you to reach all corners with a single click.

This network is very important since it is at a speed as impressive as twitter. The difference may be that it is based on the increased traffic of images and videos, which unlike Twitter; it is shown that Instagram is a network in which the user looks for images to see or share. At the same time, it is having as an important factor that is in a phase of very important growth, which can be profitable on the part of the candidate. 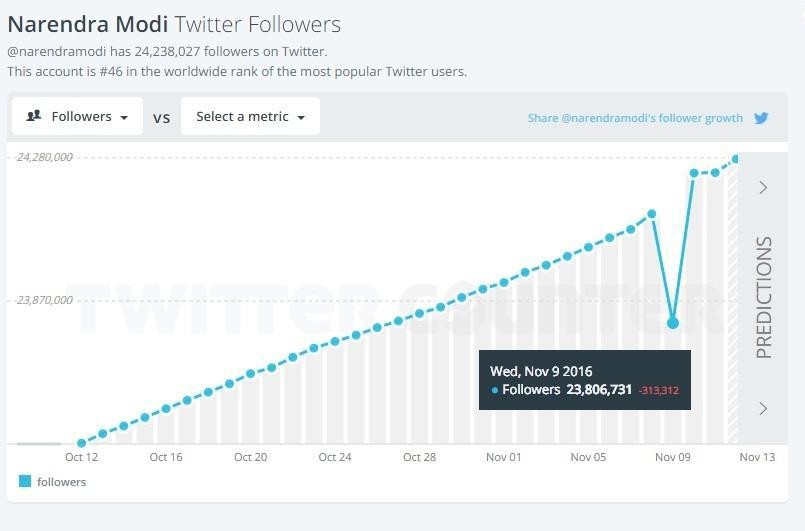 Common elements of these networks

To empower your people, these networks work with two elements that make a strategic difference such as "mentions" and "hashtags." In the case of the first, specific tags or themes can be positioned, just by mentioning them in a specific comment, which generates a lot of traffic in such networks.

With respect to the second, hashtags represent a way of commenting on a specific trend that can be used by voters. In this way, you empower users directly to help you spread the message in 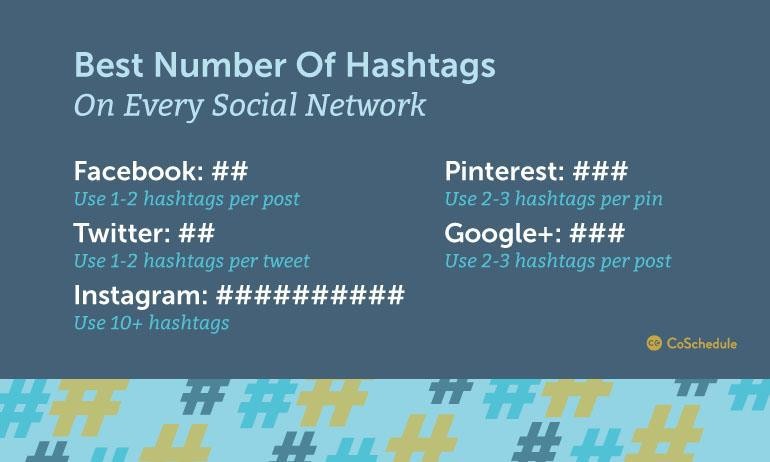 every corner of the world. For these reasons, these networks are very important for the politician; you must advise well about it and know how to use them from here onwards.

In this portal, the idea is to create viral videos that allow the electorate to share this information in their own networks and that can in this way, show their friends, close relatives and neighbors, the elements of the electoral proposal and what more importantly, they can listen and record as if you did it yourself.

Another important thing that you should know about this network is that as a politician, you can create a channel where people interact in each of your publications and in this way, can be shared repeatedly in the networks. It is proven that this network is the most consulted in the world when the viewer wants to watch videos, which is also good for your campaign because it is free. 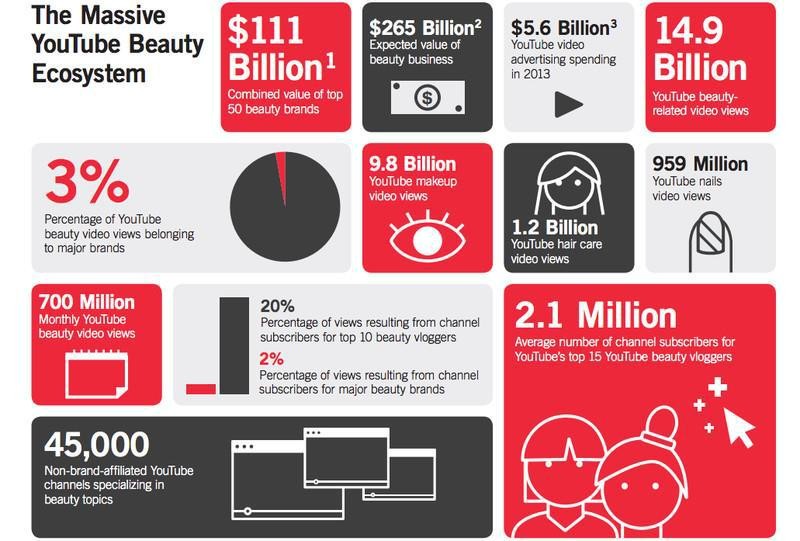 This tool accompanies Twitter for the transmission of live videos, which aims to give it an original and unedited character of the event being transmitted. At the same time, it seeks to ensure that the viewer is always aware of the social network since when his contacts (which are still on the network) transmit some live video, he can see it as well.

The use of the application is very simple. With an interface similar to that of Twitter itself, four icons are displayed at the top of your mobile screen: a television that shows you recent views and broadcasts. Also has a map that allows you to see the Periscope emissions that are being produced or have been recently produced near you or in a certain area of the city where you live and click on those that interest you. In addition, an index with the retransmissions that are being done in direct order by their relevance (depending on the number of followers that have the user of Periscope, or if you follow them); and a user menu that shows users and trends, and allows you to search certain people. 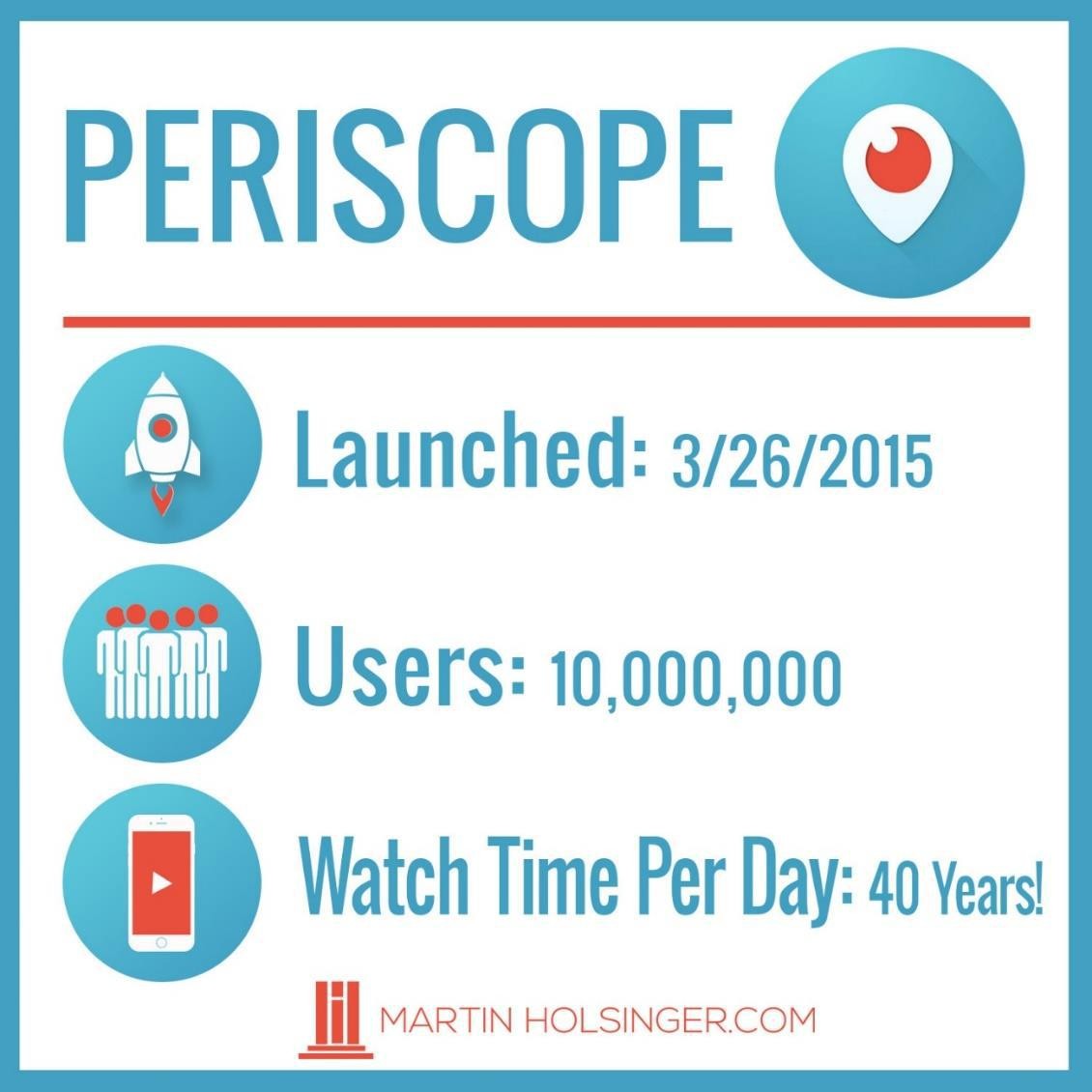 This tool is also ideal for transmitting the field visits of the territorial campaign command, to make an important part of the process to the viewer, which is an innovation in the political dynamics of the 21st century.

Mobile applications of the campaign command:

These applications are designed so that people have an organizational tool that allows them to use properly, each of the social networks previously mentioned. 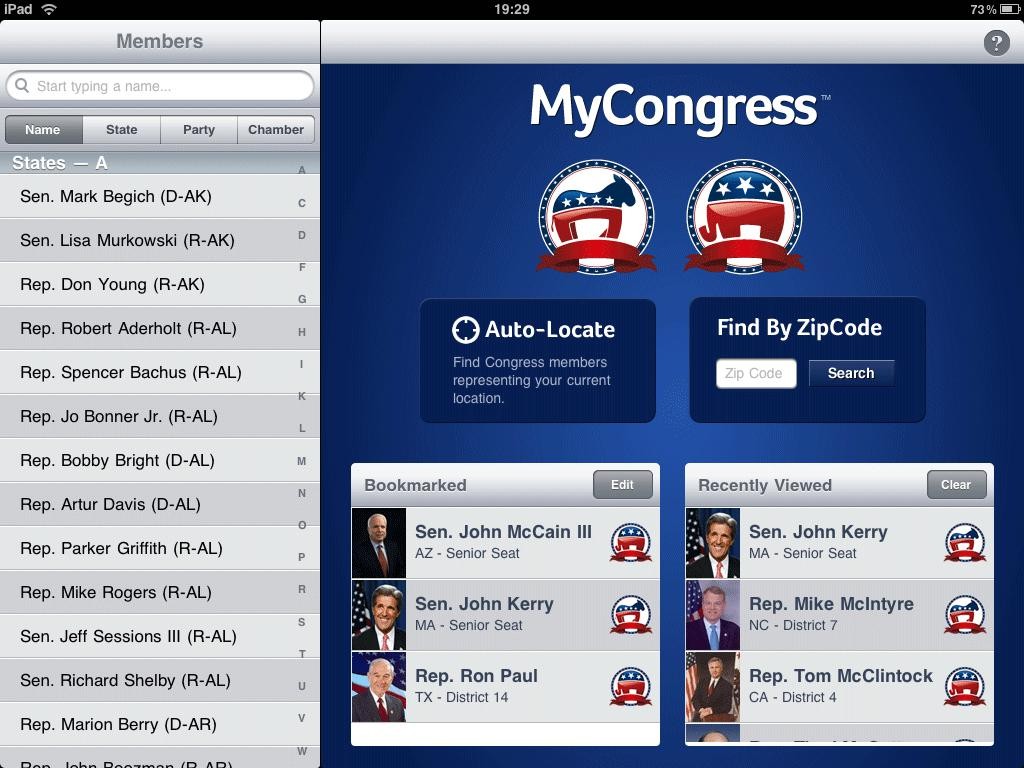 At the same time, these applications will allow your campaign team's volunteers to gather all the information of the possible voters, in order to increase the efficiency possibilities of Big Data as a method for the blending and utility of the data.

Therefore, all these tools empower people and can be the main ingredient in your winning recipe. It is important, then, to have all the help needed for this strategy to work and at the same time, that you can be present everywhere, but without being physically in the environments, you must be at the forefront of political communication, to win you must empower your people.

Contact us to showcase your political personality in order to reach the maximum number of potential voters. Incepted to be served as political and non-profit website development, Social Benchers has emerged as top-notched political website development company , Where we cater cost-effective political website design and development solution to let people know more about you and drive valuable traffic. Our tech-savvy and enthusiastic expert developers craft political website with authentic biography to represent you are the best choice for the position, donate now button to give the constant reminder to a donor for donation, sign-up form, essential platform guide to stand out each issue statements and virtual content like gifs and a short video. Our extensive ground research-based political strategy and electorate-centric political campaign website design and development solution differentiate us from others.